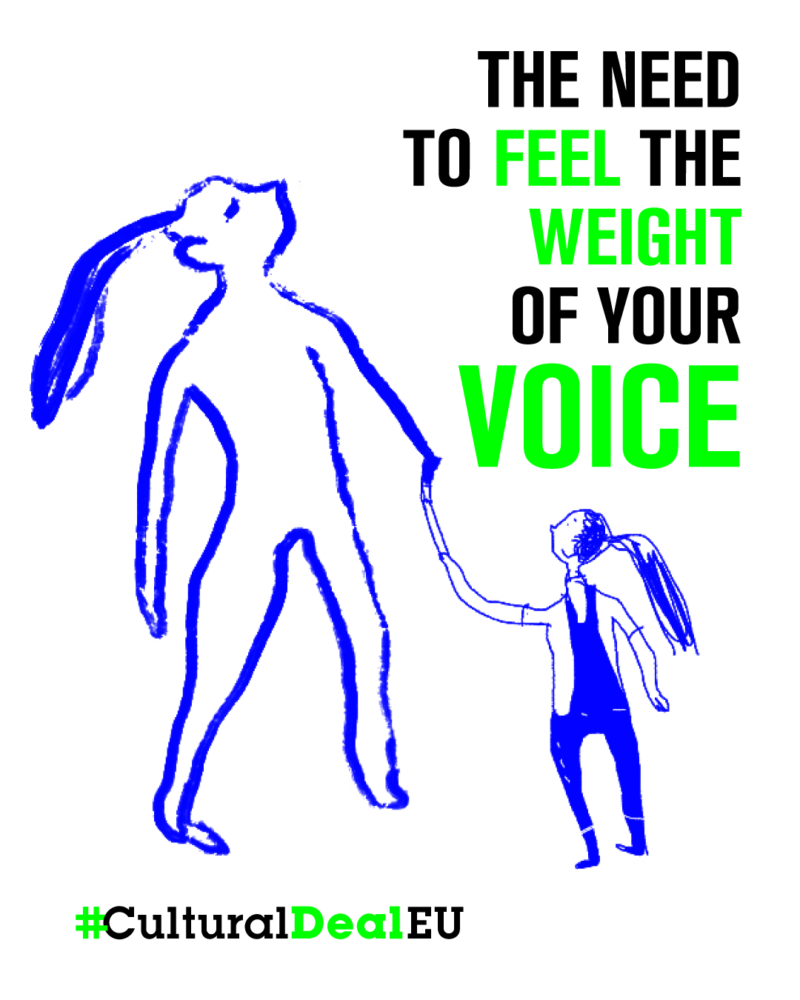 On 22 and 23 April Culture Action Europe (CAE) members met for the 2021 digital Members Forum. More than 70 representatives of CAE’s member organizations discussed initial proposals for its strategic program from 2022 onwards.

The following were suggested as possible future focal points:

Details of the CAE strategy program will be worked out in the coming months. Interested members are cordially invited to participate in this process! A strategy paper will be presented for voting at the General Assembly in June 2021.

Many new members of Culture Action Europe presented their current projects in the “Members’ Bites”, also intended as a networking exchange for future collaborations, such as the organizations Amateo, A25 Cultural Foundation, D6Culture, Eurozine, Gdansk Community Foundation and the Ukrainian Cultural Foundation.

CAE working groups also met at the Forum on the projects and topics: “Engaging with MENA cultural agents in the EU” / “Amplify: Make the Future of Europe Yours” / “Freedom of Artistic Expression” / “Working conditions of artists and cultural workers” / “Capacity Building for the European Capitals of Culture”.

The head of the Creative Europe Unit of the European Commission, Barbara Gessler, was a guest and spoke to the participants about the new Creative Europe program for the years 2021-2027, which is still in consultation. The focus of the program will continue to be on the promotion of cooperation projects. And there will be significant improvements. In recent years, the Commission has repeatedly been told that smaller organizations have difficulty in raising the necessary co-financing for Creative Europe funding and that this necessary “matching” share does not sufficiently take into account regional disparities in Europe: it is not equally easy in all countries to organize the corresponding co-financing share from other funds. And the so-called insurance mechanism to cover the risk of funding cannot be implemented with similar ease in all European countries. In some cases, this “mechanism” confronts small organizations with absurd negotiations with regional financial institutions. The Commission is now trying to counter this in the new program: The insurance mechanism is to be placed on a new legal basis and the share of EU funding for so-called smaller projects is to be increased to up to eventually 80% under certain circumstances, according to current plans. Gessler also spoke of a possible new “intermediary scale” for projects. However, it is still too early for more precise figures and details. The program has still not been finally approved.

Gessler highlighted the partly sector- and topic-specific approach of the Commission’s cultural policy work in recent years as positive: Initiatives and discussion frameworks such as “Music Moves Europe” or structured dialogues, such as currently “Voices of Culture” on the working conditions of artists, would help the Commission and the sectors to formulate needs and challenges and to tackle them together. Finally, Gessler also pointed out that Creative Europe had recently commissioned a study on “A greener Creative Europe”.

Another guest at the forum was Catherine Magnant, Head of the European Commission’s Cultural Policy Unit, who highly praised Culture Action Europe’s continuous work in recent years and especially during the Corona period. The increased awareness of the cultural sector among officials in Brussels and Strasbourg is also due to the persistent work of organizations like Culture Action Europe and its members. Magnant was happy to confirm CAE’s strategic priorities from the Commission’s cultural policy perspective, which are also reflected in the current work plan for culture of the Council of the European Union: the issue of climate change and culture remains important, the focus will also remain on the working conditions of artists in economic and social terms, especially with regard to artistic freedom, and finally, cultural policy must also accompany the ongoing digital transformation.

Both Gessler and Magnant were asked about the possibility of giving culture more space and funding opportunities in EU regional policy. Both assessed this concern as understandable, but within the framework of the current structure of the EU simply not feasible and realistic. Cultural activities could emerge certainly again and again at the edge or as an accompaniment in funding by the EU structural funds. This could also be seen in the reports on the funds in recent years. However, direct support of cultural projects by the structural funds would and will clearly remain impossible for the time being.

Finally, Magnant called on the CAE members to use the recently published portal “Creatives Unite” for their lobbying work and to make current publications and studies from their projects available to the portal themselves. The aim of the portal is to collect initiatives of and information about the EU cultural and creative sector in one place in order to be able to react to the Corona crisis in the best possible way.