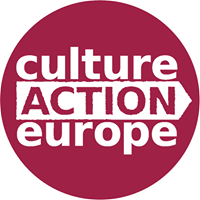 Where is culture in the Von der Leyen’s Commission? Immediately after the presentation of the new college of commissioners on September 11 Culture Action Europe stated: “Within the 26 unusual portfolio titles EC president proposed, ‘culture’ as such has gone missing. Von der Leyen entrusted Commissioner Mariya Gabriel, the former Commissioner for the Digital Economy and Society from Bulgaria with Directorate-General for Research and Innovation as well as the Directorate-General for Education, Youth, Sport and Culture. However the word culture does not figure in her new portfolio’s title: ‘Innovation and Youth’. Neither does research and education.”

“Myself and the whole cultural sector is very concerned about the latent downgrading of culture in the name of Ms Mariya Gabriel’s portfolio. “- said Robert Manchin, president of Culture Action Europe.

Culture Action Europe  will continue to advocate to put culture at the heart of public debate and decision making and work within changing institutional arrangements to foster the contribution of culture to the different policy domains.

With an open letter and a public campaign CAE is urging the President to bring culture back.